The Freedom of the Villainous 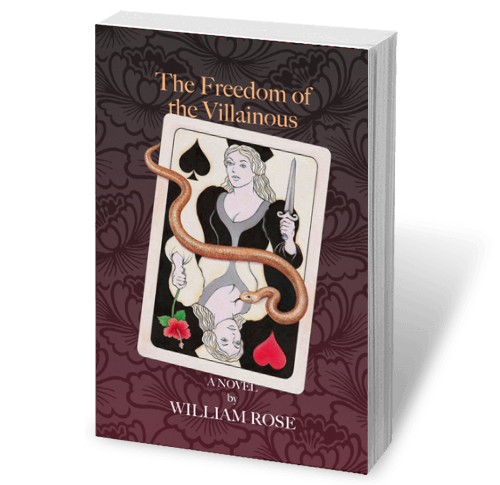 Details and Pre-Order "The Freedom of the Villainous" (Book Three)

'Identical twins, Mariana and Marguerite, cause fascination and disturbance in those around them. In appearance they are the same, but their personalities are strangely different.

Intertwined in their lives is the Marques de Mansura, who seems to defy time and the normal bounds of reality and whose fascination with identical twins contains the perverse wish to induce the annihilation of one twin by the other. His powerful influence and occult powers threaten to bring about this very end. For those who wish to save them, there will be a monumental struggle that will take them to Paris in the decadent 1860s, to the Tabernas Desert in Spain, and even, through an occult trick of time, Ancient Alexandria of the 2nd Century BC.

Their paths will cross with Cora Pearl, the renowned Parisian courtesan, the artists, Gustave Moreau, Gustave Doré, and the flamboyant, Félicien Rops. The poet, Alfred Tennyson, will also play a role and the twin Mariana bears an uncanny resemblance to the Mariana of his tragic poem, ‘Mariana in the South’, written before she was born. Whilst Mariana hopes for peace and solace in the desert, her twin, Marguerite, moves towards villainy as her dark, guiding star.

This novel is a striking exploration of the fascination of identical twins cleverly set across 1860s Paris, the Tabernas Desert in Spain and Ancient Alexandria.'

The three current novels by William Rose make a loose trilogy, of which this, the third published, is the prequel.